In February 2018, KOOTASCA Community Action and Second Harvest North Central Food Bank partnered to educate our community on reality that one crisis is all that separates many in our community from poverty.

ONE CRISIS AWAY….We are all just one crisis away from poverty.

The One Crisis Away theme was designed to highlight the reality of how desperately close many people are living to being at or below the poverty line. Opportunities to learn about the realities of life in poverty as well as chances to participate in unique training offerings were offered to the community throughout the month, as part of our Big View and Circles of Support efforts.

The month began with a workshop, “Poverty in Itasca County”, featuring local service providers sharing information about current poverty trends and resources available to assist with basic needs. The following week the community participated in the “Living on the Edge…a Poverty Simulation” workshop in partnership with Lakes & Pines Community Action.

Campaign activities concluded with a screening of the film, “American Winter: In the Richest Country on Earth, Millions Have Been Left Out in the Cold”.  Early in the campaign, area high school students were invited to participate in an essay contest to share their thoughts around the one crisis away theme. Essay contest winners were recognized at this event following the film screening.

Cumulative attendance for all One Crisis Away activities was 441. In addition to social media and partner websites, media coverage of campaign activities included seven articles in the Grand Rapids Herald Review. KAXE radio aired consistent public service announcements for each event. The Poverty in Itasca County workshop was attended by Senator Amy Klobuchar’s Regional Outreach Director, Ida Rukavina and was filmed for the areas local television station, ICTV. The campaign was featured on the Blandin Foundation’s Outpost Blog and live on KAXE radio’s Morning Show.

KOOTASCA’s Big View programming regularly provides a platform to engage the community around issues that impact people in poverty. 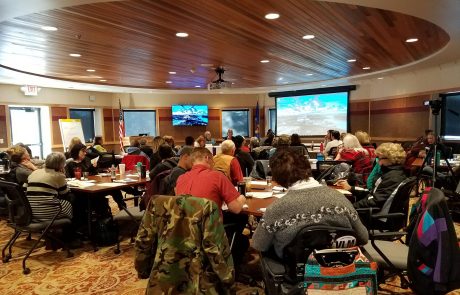 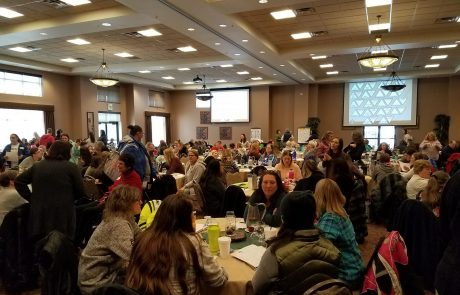